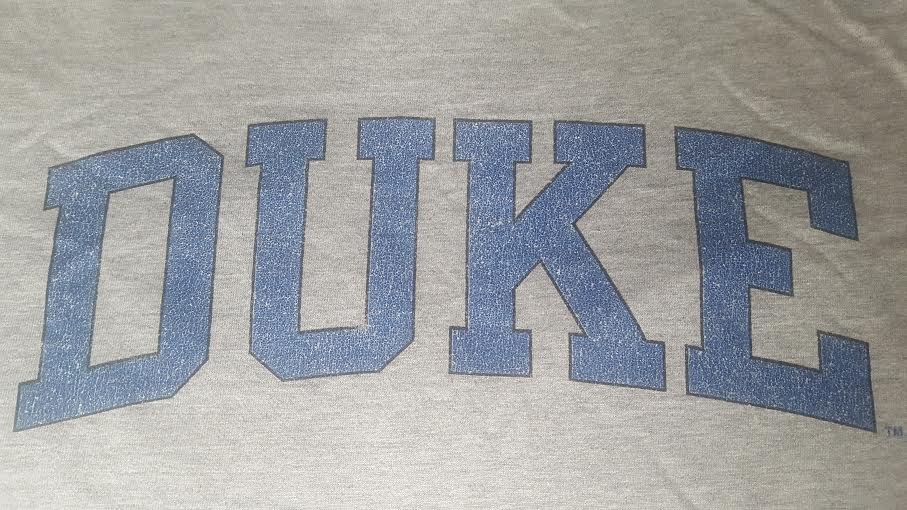 The wait is finally over, college basketball is officially upon us.

Duke opened up their schedule with a game against the Elon Phoenix and turned in a solid offensive performance winning 97-68. This was the rematch from the most recent Grayson Allen tripping episode which was followed by a temper tantrum a hungry two-year-old would be proud of.  Luckily, Grayson kept his feet to himself this time around and played well netting 22 points on 6 of 9 shooting from three.  Marvin Bagley burst onto the college basketball scene with 25 points and 10 rebounds.

Game two marked Coach K’s 1,000th victory while coaching at Duke. Less than 24 hours after the Elon game Duke played a brave Utah Valley squad and won 98-66.  Bagley was once again the headliner for Duke leading them with 24 points and 10 rebounds.

With the Duke season underway, I’m going to be sharing my insights by way of “Letters to Coach K”.  This will be my weekly thoughts and observations of the Duke Blue Devils as they begin 2017-2018’s banner hunt.

Marvin Bagley III is a demigod.

Marvin Bagley III has descended from the heavens to grace the college basketball world with his bountiful blessings.  I have never seen a player dominate the college game the way Bagley can.

Double-doubles and broken records have highlighted Bagley’s first two games of his college career.  Marvin Bagley III is certainly good, but the grain of salt is present. Elon and Utah Valley aren’t exactly Michigan State and Kansas, and Shavlik Randolph held the freshman scoring record Bagley broke.  Ever heard of Shavlik Randolph? I didn’t think so.  Call me Thomas the apostle, but I had to see it with my own eyes before I believed it.  I heard the same thing last year with Harry Giles:

“Once in a lifetime!”

These claims happen every year, and I wasn’t going to climb on that hype train just yet.  A quick Google search and I’m able to watch the entirety of both games through a series of clips.  My eyes were quickly opened when I saw Bagley catch a behind-the-back pass from Trevon Duval, jump from slightly inside the free-throw line and emphatically flush it through with two hands.  A few possessions later Bagley grabs a rebound and goes coast-to-coast finishing with a euro-step layup.  Against UVU, Bagley swishes a fast break corner three before turning an open court steal into an easy dunk.  This guy is literally everywhere all the time, and he’s going to be a nightmare for opposing teams.  Love it or hate it, Marvin the Monster plays at Duke.  It’s time to see the light.

Coach 1K is at the pinnacle of coaching greatness.

Coach K has climbed the ladder to the very top, got off the ladder, found a stepping stool and stood on top of it.

He now has 1,000 wins at Duke and 1,073 all time.  We can bust out our Coach 1K t-shirts we bought in 2015 again!  His list of accomplishments is nearly as long as his name (24 letters), and it’s become challenging to imagine what’s still driving him. I personally think it’s the pesky Jim Boeheim up in Syracuse sneakily riding Coach K’s record coattails, but Coach would tell you it isn’t about the records.  He puts on the whistle every day because of the lives he changes.  Hopefully, that means he’ll be around another 5-10 years. His hair dye doesn’t hide his age as well as it used to though, and at 70 years old one has to think he’s on his last leg. I wouldn’t be surprised if he were waiting for the next championship to retire so he can ride off into the sunset on top.  If Duke can win it this year, expect to see a new captain at the helm with 2018’s number one recruiting class coming to Durham.

Duke has been playing small ball long before it was cool.  While this may sound very hipster of me, small ball has been Duke’s meta for the past 20 years.   Now that the rest of the country goes small, Duke goes big.  The Blue Devils are absolutely massive on the front line with five players over 6’10’’ and an average height of  6’7”.   What makes this big team special is the bigs can actually run the floor and shoot!

While they’re not the three-point specialists Duke has been known for (Redick, Scheyer, Kennard), these big guys are going to stretch any defense they go against.  Duke can effectively play small ball with an NBA sized front line and five guys on the court capable of shooting a three.  That should be a seriously scary thought for opposing teams.

– RJ Barrett has verbally committed to Duke.  This is the third straight year the No. 1 overall player has committed to the Blue Devils.

– Marvin Bagley is the first Duke player to post a double-double in his first two college games.  He broke Shavlik Randolph’s record for most points by a freshman in their first college career game.  He’s tied with Jabari Parker for most points through two games.

– Trevon Duval is showing his ability to play the point for this team with a 20-1 assist to turnover ratio and is averaging 10 assists per game.

Note – We are building out our college basketball roster over here. Got Kansas and Duke covered, Michigan State and North Carolina on the way. I’m still looking for a fan of Kentucky, UCLA, Villanova and more to write one post a week sharing thoughts like what you’ve seen above. Would love to see a Louisville host too, “Life After Pitino.” And Wichita State. And yeah I want like 20 of these. There are 16 teams in the PK 80 tournament, right now we have three covered, would love to see that number at five or six by Thanksgiving. Email me at chris@mediumraresizzle.com